Guide Beneath the Sands of Egypt: Adventures of an Unconventional Archaeologist 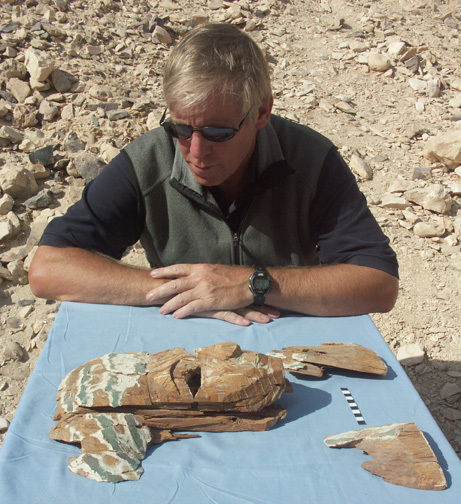 Elizabeth Peters , author of Temples, Tombs, and Hieroglyphs. Ryan, Ph. Serendipity, coincidence, and meeting the right people have all played a role, but so have creativity, ingenuity, preparation, and initiative. Nothing ventured, nothing gained, they say, and I hope you enjoy my sharing of some of my adventures, focused mostly on Egypt, which is without doubt one of the most intriguing of all lands on this gorgeous planet.

I handed another small stone to Achmed, who in turn handed it up the ancient white steps to be added to the growing pile of rubble. Beethoven would no doubt have been incredulous that his Appassionata served as the sound track for such a remarkable scene: the opening of an ancient Egyptian tomb, in the famed Valley of the Kings.

It was actually a reopening of this particular tomb, myself being perhaps the fourth person to have done so, I reckoned, over a period of over three millennia. As I carefully removed the stones, I marveled at the situation in which I found myself. Here I was, in the most famous archaeological site in the world, following in the footsteps of earlier explorers who were likewise entranced by this ancient place. The vertical limestone walls of the valley soared nearby, their golden hues becoming increasingly lighter due to the same intense summer sun that baked us as we worked in the vanishing late-morning shade.

What tales these cliffs could tell, having borne witness for centuries to episodes of passionate human drama, the sweat of ancient workmen, the tears of the bereaved, and, now, the drama of modern archaeological discovery. Approximately thirty-four hundred years ago, one of the most powerful men on the planet, the mighty pharaoh, Lord of Upper and Lower Egypt, Akheperkare Thutmose, commanded that a secret tomb be constructed for his burial in the arid Theban mountains.

Unfortunately, the pyramids of his predecessors now stood only as towering beacons calling out to the treasure-minded and had proved to be utter failures when it came to protecting the remains of those considered to be god-kings. Thutmose had instigated a new strategy in the hope of better ensuring his eternal security by building a hidden tomb carved deep into the bedrock in a remote desert valley unseen by the masses with an immense peak hovering nearby, whose natural shape provided a symbolic pyramid over the royal grave.

It was this royal cemetery that was the stage for our unfolding tomb opening. And just a few dozen yards from our dig is the original tomb of Thutmose I, a deep, dangerous subterranean sepulcher, expanded and later utilized by his daughter, the remarkable female pharaoh Hatshepsut.

Adventures of an Unconventional Archaeologist

The early tombs in the valley were well hidden, often in fissures in the cliffs or in other places easily concealed. The magnificently painted corridors that followed led to an imposing stone sarcophagus holding the mummy of the king. Like the pyramids, the Valley of the Kings, too, in the long run, would prove to be a failure in guarding against the greedy. Many of its tombs would be robbed even while the cemetery was still in use.


As early as the third century B. Many of them even left evidence of their visit in the form of graffiti, which can still be seen and read today scrawled on the walls of several tombs.

A view of the general vicinity of KV The man in the photo stands above the location of the tomb. The entranceway to KV 19 was cut directly over KV 60, and its door is situated to the right. Just above, in the shadow of the cliffs, is KV 20, the royal tomb of the pharaoh Hatshepsut.


Ultimately, few of the pharaohs survived in their intended final resting places. Most of their ravaged mummies were gathered up by ancient priests, rewrapped, and stowed in secret caches where they have been rediscovered during the last century or so. Like most archaeology in Egypt, the Valley of the Kings has a rich history of exploration. Then, in , John Gardner Wilkinson wandered about the valley with a container of paint, boldly numbering each known tomb as he went along and establishing a numbering system that provided a ready frame of reference for the scholars and archaeologists who followed.

Although Wilkinson got only as far as the number 21, the system would eventually extend to 63, the number that has been assigned to the last new tomb discovered as of this writing, a bizarre cache of mummyless coffins uncovered in While the Valley of the Kings is certainly one of the most celebrated sites of antiquity on earth, most people archaeologists included are unaware that among the thirty or so beautifully decorated royal tombs lie an approximately equal number of typically small and uninscribed tombs, whose very presence in the valley actually bespeaks some sort of great importance.

Some consist merely of a shaft leading to a single rectangular burial room, while others contain a corridor or two and steps that eventually lead to a final chamber. These tombs, whose blank walls routinely render their deceased occupants anonymous, were until recently considered of little interest to Egyptologists. Readily identifiable art and writing on the walls of the bigger royal tombs are certainly alluring and have long attracted the majority of scholarly attention.


The particular tomb we were currently excavating was nameless. When English archaeologist Howard Carter stumbled across this tomb in the spring of , he was unimpressed by its size, its lack of decoration, and its looted interior. Carter was looking for bigger and better things: large royal tombs, for instance, with painted walls and nicely preserved artifacts. I rented a dilapidated bicycle on the west bank of the Nile across from the modern town of Luxor and traveled a road headed straight west along green fields before turning north past two immense seated stone statues, which are most of what is left of the mammoth mortuary temple to the great pharaoh Amenhotep III.

Pedaling by the village of Qurna, with its mud-brick houses built among the tombs of an ancient cemetery, I biked a long uphill stretch through a dry, winding ravine.

Beneath the Sands of Egypt : Adventures of an Unconventional Archaeologist (Reprint) [Paperback]

The heat reflecting from the asphalt road added to the strenuous misery of the ride, but eventually I reached the narrow entrance to the valley. Rows of closed souvenir kiosks reminded me that this remote place was very well known to tourists, who had abandoned the scene earlier in the day to seek the cool refuge of their luxury hotels on the opposite side of the river. At midday the valley was empty except for a few tomb guards, gaffir s, napping in the shade. I wanted to experience the tomb as Howard Carter would have. As I entered the enclosure, a gaffir clad in dark robes sat up from his prone position and checked my ticket before resuming his slumber.

I remember counting the steps, sixteen, as I descended to the spot where Carter had stood and observed an ancient door closed with plaster and stamped with the seal of the ancient necropolis, a jackal recumbent above nine bound and kneeling captives. Carter would have then sent a telegram to his sponsor in England, Lord Carnarvon, and patiently awaited his arrival before the two breached the door together to find a tunnel filled with rubble guarding another sealed door.

I walked down this corridor and paused at the second doorway. Here is where Carter would have taken his first peek into the tomb that would make archaeological history. Hatshepsut, -- Queen of Egypt. Valley of the Kings Egypt -- Antiquities. More Details. Similar Series From NoveList. Similar Titles From NoveList.

Beneath the Sands of Egypt: Adventures of an Unconventional Archaeol…

Citation formats are based on standards as of July Citations contain only title, author, edition, publisher, and year published. Sign up here to receive your FREE alerts. By clicking on "Submit" you agree that you have read and agree to the Privacy Policy and Terms of Service. Email Newsletter. Log In. Toggle navigation MENU. Email Address. Review Posted Online: Feb.

Beneath the Sands of Egypt: Adventures of an Unconventional Archaeologist

Do you work in the book industry? Which of the following best describes you? Literary Agent. Publicist or Marketing Professional.